Founder and Owner of Liberty Speech Associates, Courtney Caruso, M.S., CCC-SLP, is a bilingual speech-language pathologist who has served her community in a variety of ways for over ten years. Dedicated to bettering herself as well as giving back to her community, she has traveled to several countries, been a member of multiple speech therapy associations, co-authored a technical manual, and worked in the communities and homes of many families throughout New Jersey and Pennsylvania.

As a speech therapist, Courtney is dedicated to helping those in her community. Driven to improve the quality of services provided to children and adults from different cultural backgrounds and/or who speak languages other than English, Courtney is deeply committed to providing the absolute highest standard of services for all her families and clients.

In addition Courtney holds New Jersey and Pennsylvania state speech-language pathology licenses, the New Jersey speech language specialist certificate, as well as the Certificate of Clinical Competence from the American Speech-Language-Hearing Association (ASHA). Most noteworthy, Courtney, along with a few of her colleagues, co-authored a best practices technical manual aimed at addressing the appropriate assessment of bilingual and multicultural students. The aim of the manual is to help New Jersey speech-language pathologists and audiologists provide appropriate services to these individuals.

Never one to shy from adventure or a chance to expand her horizons, Courtney has traveled to multiple countries, including spending a semester honing her Spanish in Spain as well as traveling to Bolivia to provide speech and language services to the children there. Even after returning to the United States she continued to provide speech-language services to Bolivian children via computers in the Teachers College, Columbia University clinic.

Courtney is an active member of the New Jersey Speech-Language-Hearing Association (NJSHA), writing articles and providing webinars on topics related to multiculturalism and bilingualism.  Additionally, she previously served on the NJSHA Board of Directors from July 2014 to June 2015 and was Chair of the NJSHA Multicultural Issues Committee from July 2014 to June 2018. 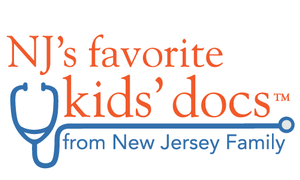 Over the years Courtney Caruso has cultivated an extensive list of publications and led multiple workshops and presentations.